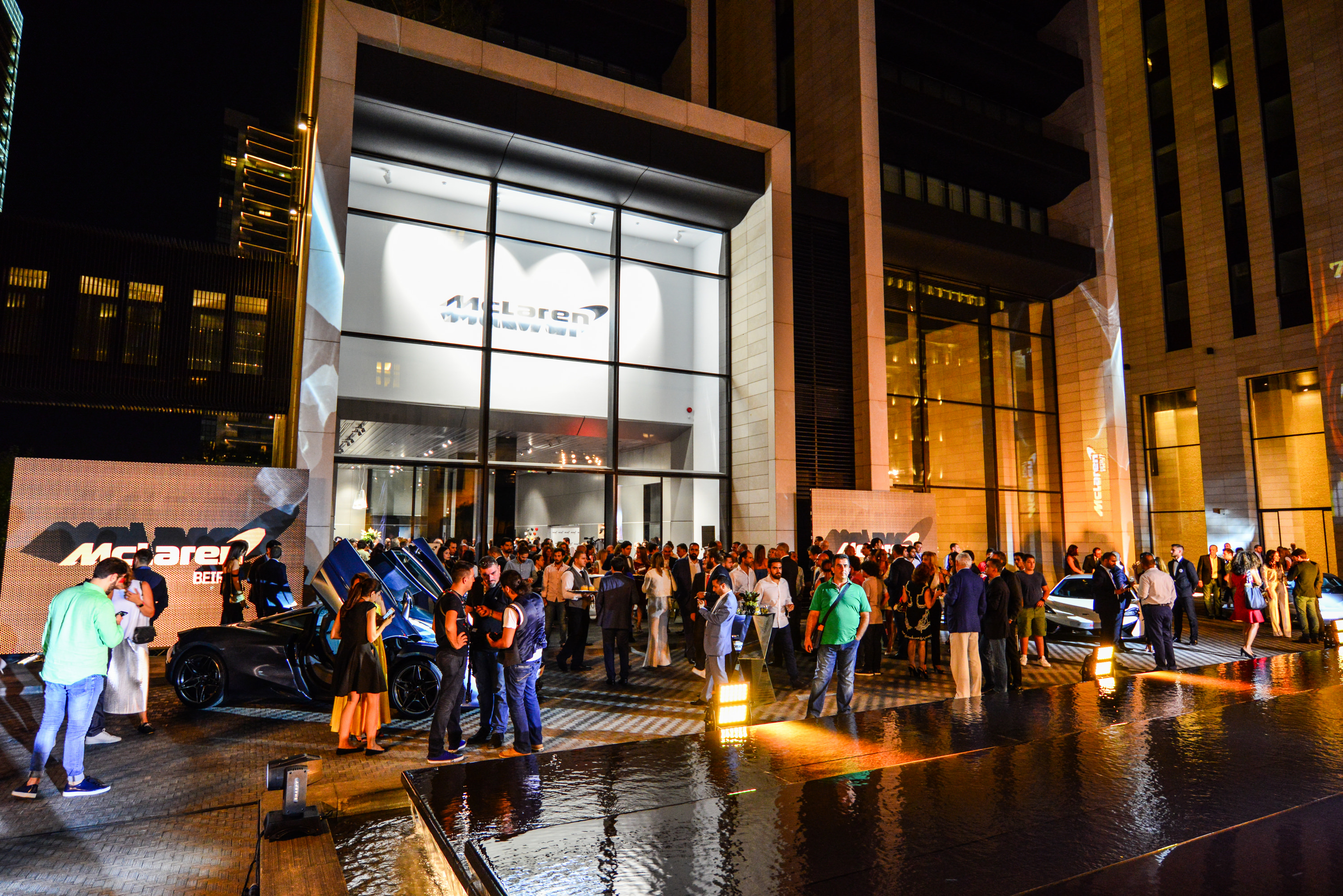 McLaren Automotive continues the expansion of its global network in the Middle East region with the opening of its latest retail location in Beirut, Lebanon.

The new, exclusive facility at 3 Beirut Towers in Downtown Beirut has been carefully designed to McLaren’s exacting standards and attention to detail. The state-of-the-art showroom will showcase the full range of McLaren’s high performance cars, including the new 720S, which was launched at the Geneva Motor Show earlier this year, as well as its Sports Series models.

Around 700 invitees attended the inauguration of the showroom. The 570S Spider, McLaren’s latest addition to the Sport Series range, was revealed on this occasion as the highlight of the evening.

Andreas Bareis, Managing Director of McLaren Middle East, Africa & Latin America said: “2016 was an extraordinary year for McLaren Automotive. We are on track to achieve the objectives set in our Track 22 business plan and the opening of McLaren Beirut is an important part of this strategy.”

“Since its inception, McLaren Automotive has continuously invested in its future. To succeed, strong retailers such as RYMCO here in Lebanon, are just as important as world-class products. For McLaren, it is vital to grow organically in the region and choose the right partners to help us do so. With their experience and strong track record, RYMCO is sure to take McLaren to the next level. We would like to thank the entire team for their continued commitment to the expanding McLaren family”, he continued.

Fayez Rasamny declared: “We are extremely proud to have become the official partner of McLaren Automotive in Lebanon. It is a significant step towards meeting the growing needs of supercar customers in Beirut. Our team has more than 30 years of experience working with some of the world’s leading automotive brands. We share the same values as McLaren Automotive, delivering exceptional customer experiences and a strong focus on delivering world-class customer service. We are especially honoured to have Mr. Mike Flewitt with us for the official opening.”

For servicing, McLaren owners will be able to drop off their vehicle at the McLaren showroom. A dedicated service facility for McLaren is planned to open in 2018.

Customers requiring further information on the McLaren range of supercars may contact McLaren Beirut on: +961 1 375433.