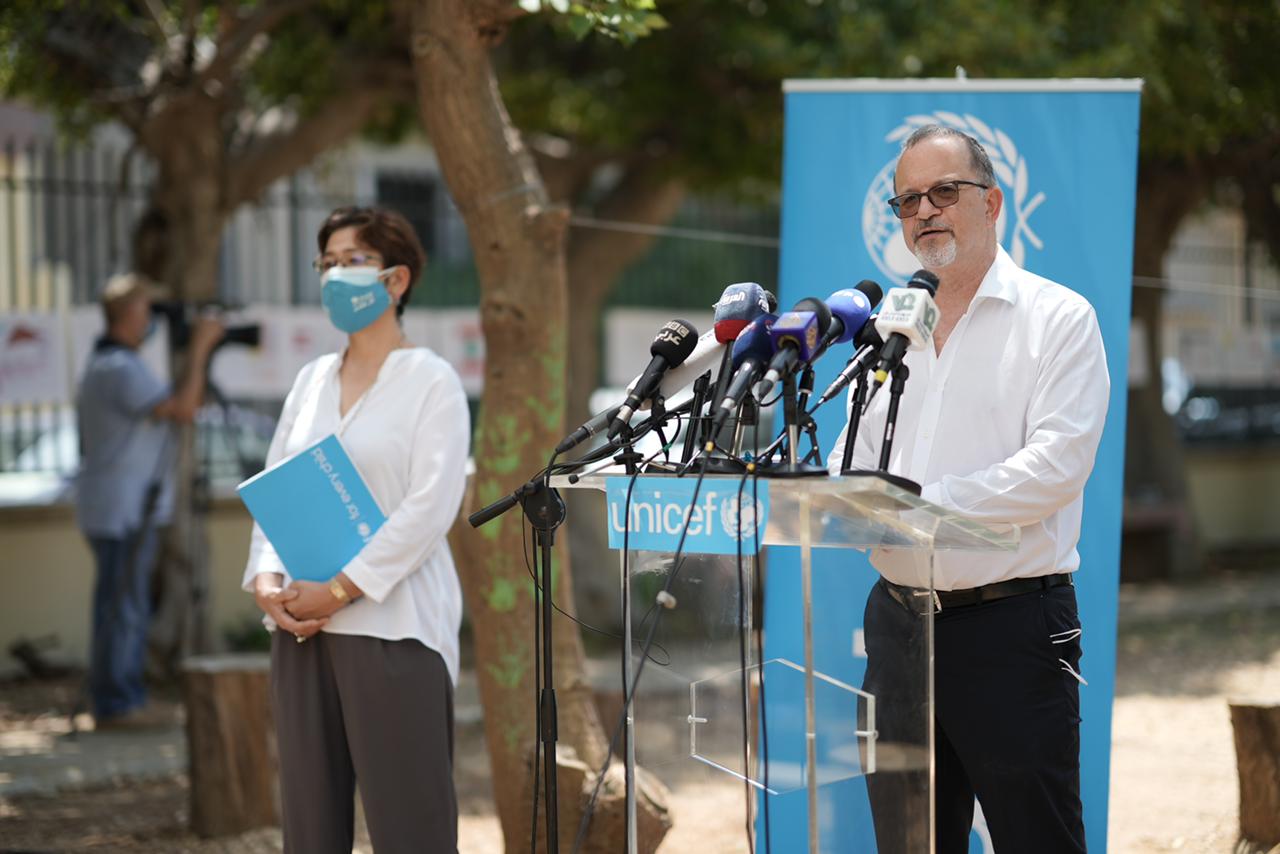 BEIRUT, 3 August 2021 – One year after the devastating explosions in Beirut, a UNICEF survey shows the needs of affected children and families remain acute, magnified by a collapsing economy, political instability and the COVID-19 pandemic.

The rapid assessment highlights the severity of the trauma children suffered and the dire needs families have experienced.

Seven in ten households requested basic assistance after the August 4, 2020 explosions and almost all of those families still need support. Most of the requests were for cash assistance and food, which remains the case.

One third of the families with children under the age of 18 said at least one child in their household was still showing signs of psychological distress.  In the case of adults, it’s almost half.

“One year after the tragic events, children’s lives remain deeply affected. That is what their parents tell us,” said Yukie Mokuo, UNICEF Representative in Lebanon. “Those families have been struggling to recover from the aftermath of the explosions at the worst possible time – in the middle of a devastating economic crisis and a major pandemic.”

The explosions devastated large swathes of Beirut, killing more than 200 people, among them six children, and injuring more than 6,500, including 1,000 children.

As businesses were destroyed, tens of thousands of workers lost their jobs, leaving them struggling to feed their families and provide the health care their children need. The UNICEF survey shows that two in three families (68.6 per cent) haven’t had access to health care or medication since the explosions. Making matters worse, one in four had at least one household member who tested positive for COVID-19 since the explosions.

The survey, based on telephone interviews conducted in July with 1,187 households, also shows that:

“Since the blast, Lebanon has been in free fall struggling with a triple crisis: economic, political and the COVID-19 pandemic. This is threatening to leave almost every child in Lebanon vulnerable and in need.  ,” said Ted Chaiban, UNICEF regional director in the Middle East and North Africa. “If change, recovery and accountability don’t happen now they might not happen at all, taking the country further into abyss and a place of no return”

UNICEF is calling for the following actions: