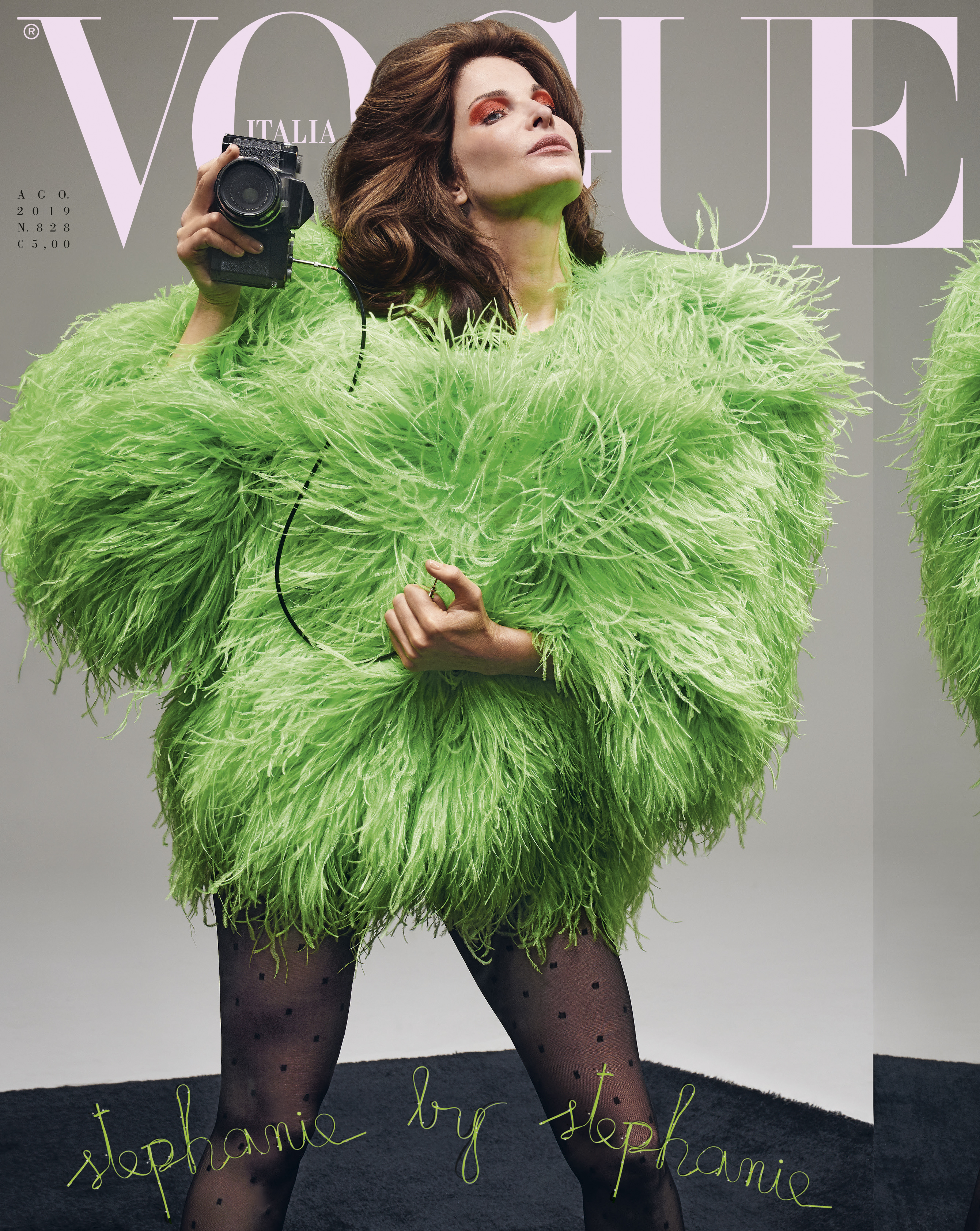 FOR THE OCCASION, THE TWO SUPERMODELS PHOTOGRAPH THEMSELVES CHOOSING TO POSE WITH AND WITHOUT CLOTHES AS A TRIBUTE TO HELMUT NEWTON

Milan, 1 August 2019 – The new Vogue Italia issue, out on newsstands on 6 August, marks the return of two legendary models to the front cover of the Condé Nast magazine: Claudia Schiffer, whose last Vogue Italia cover dates back 25 years (February 1994), and Stephanie Seymour, who returns after a 32-year absence (June 1987).

For the occasion, the two supermodels have taken “their own” self-portraits, in a double photo shoot with and without clothes, supervised by photographer Collier Schorr.

These images pay homage to the “female gaze”, a gaze the New York photographer has chosen to represent these two icons in the beauty of their maturity.

This is an explicit citation to Helmut Newton’s self-portraits: the artist would bring a mirror on set where the models would look at themselves before taking their own photo, with the help of a cable release. The difference, which is essential because it changes the project’s meaning turning this into a story of women empowerment, is that this time there is a woman behind the lens: Collier Schorr, an artist who pioneered the use of fashion images as a means of subverting gender and identity norms. Here, Schiffer and Seymour are no longer the teenage girls of some of Newton’s most iconic images, but real women who are conscious of their actions.

Claudia, Stephanie and Collier herself become the protagonists of this story told through images, in which three women, aware of their subjectivity and sexuality, celebrate their beauty, at ease with themselves. This is a story of women capable of handling not only the consequences of exposing their body but most of all, the power that Newton was the first to acknowledge them and that, today, they have no intention of relinquishing.

“When you are photographing women such as Stephanie and Claudia, who are literally like the walking lexicons of fashion gesture in photography, there are things they will and will not do. There’s not one thing that you see in these photographs that Claudia didn’t want to do – if she didn’t want to do it, she changed it.” Collier Schorr

“There were several images where I took the picture, obviously after it had been set up by Collier. She is first and foremost an artist, and her angle is very interesting – it comes from a completely different direction – and it has edge.” Claudia Schiffer“I see a mother. I see a wife. I see all of the things I need to get done in a day. I see all of my responsibility. As you get older, you have a lot more responsibility as a woman. Taking charge of your life is really important. I try to think about not myself but the people I need to take care of, my children, my friends, my company, my husband. I am never one to think the world revolves around me.” Stephanie Seymour