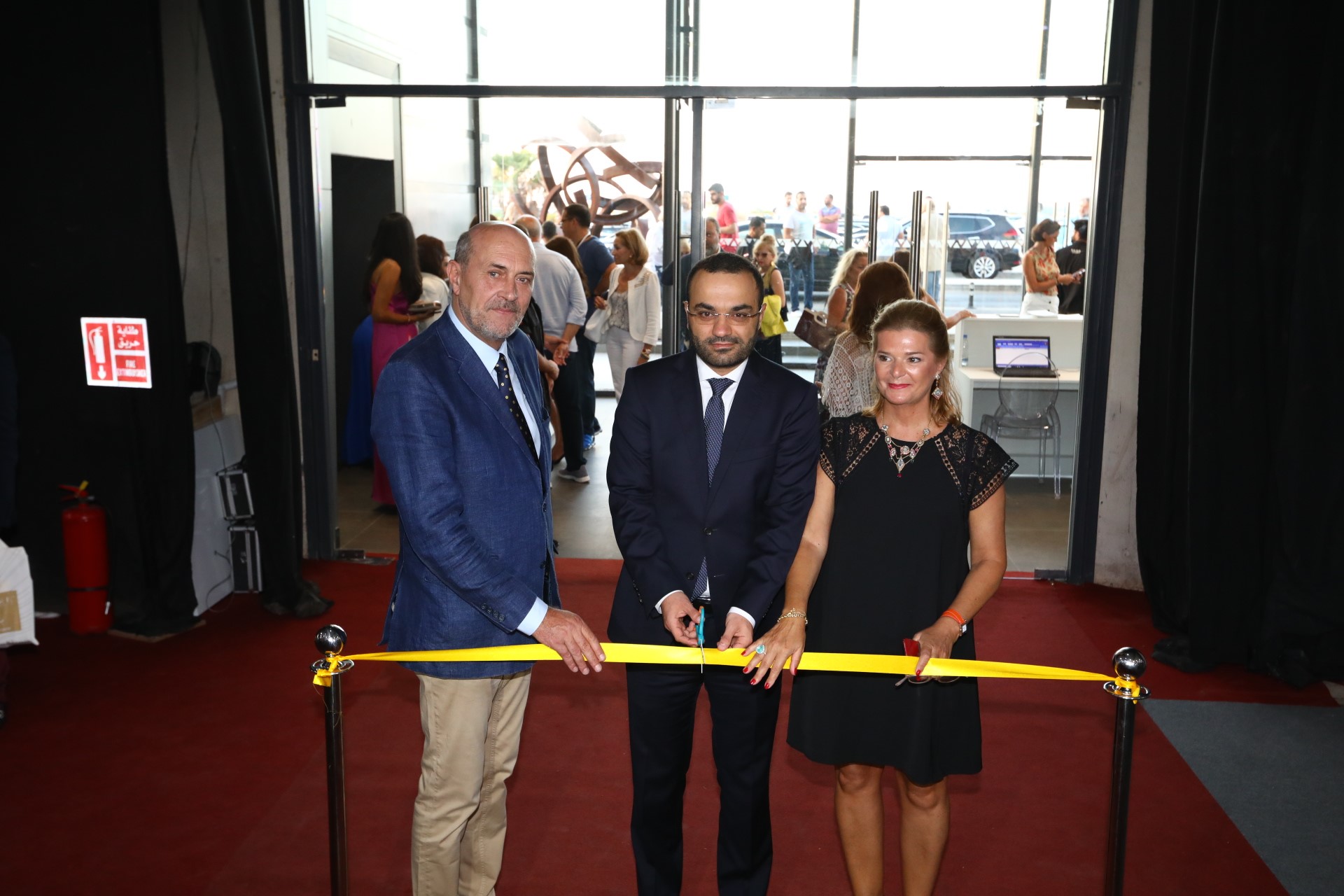 The 10th edition of BEIRUT ART FAIR, the international modern and contemporary art fair with a focus on the scenes of the Middle East and North Africa (MENA region), dedicated to the discovery of rising international art, was inaugurated at the Seaside Arena on 18 September by H.E. Mr. Mohammad Daoud Daoud, Minister of Culture, Laure d’Hauteville, Founder & Fair Director, Joanna Abou Sleiman-Chevalier, artistic director, as well as officials and ambassadors from participating countries. The VIPs in attendance also boasted a large number of personalities from the world of business, as well as representatives from leading international cultural institutions, such as the Centre Georges Pompidou, the Fondation Cartier, LVMH, the Musée de la Chasse, Agence France-Muséums for the Louvre Abu Dhabi, the King Abdulaziz Centre for World Culture, the Middle East Institue from Washington D.C., the MACBA from Barcelona, the Sao Paolo Contemporary art Museum and Lisbon’s Contemporary Art Museum.

During the opening ceremony, the Minister of Culture thanked Laure d’Hauteville for her persistence and commitment, “BEIRUT ART FAIR has become a key international cultural event whose impact overflows Lebanese borders. It importantly contributes to the sector’s, and the country’s, economic growth.”

Laure d’Hauteville said: “After a steady decade of growth, BEIRUT ART FAIR has become a major event in the art fair calendar, attracting every year a growing number of visitors from around the world. BEIRUT ART FAIR reaffirms its commitment to the discovery of the international contemporary art scene. This year, alongside faithful returning galleries, we are welcoming numerous new regional a­nd international exhibitors.

This year, the brand-new PROJECT space gives selected galleries a young and dynamic platform to put the spotlight on their promising artists. The REVEALING by SGBL exhibition also presents 10 emerging artists from the MENA region among 400 applications following an open call.

For this 10-year anniversary, we wish to celebrate Lebanon and its sometimes little-known treasures by presenting exceptional and never-exhibited-before works from private collections. Hence we are presenting two exceptional exhibitions: “A TRIBUTE TO LEBANON,,” the fair’s flagship exhibition, explores Western creations inspired by Lebanon, from the eighteenth century to the present day, through artworks and historical objects from the eclectic and fascinating collection of Philippe Jabre.  “LEBANON MODERN! Unexpected Trove – The Unseen Works of Hussein Madi (Rome 1964-1970) »showcases rare works from the Italian period of this major artist of Lebanese Modernism. We are proud to reaffirm that BEIRUT ART FAIR 2019 is not only a space for artistic revelations, but also one that fosters freedom of speech, cultural dialogue, innovation and tolerance.”

In parallel with exhibitors’ booths, BEIRUT ART FAIR presents a daily program of conferences and roundtable discussions centered on MENA art. Renowned British photographer will also be giving a talk about his work in Lebanon.

Throughout the week VIP guests will also enjoy a rich program of off-site visits, and Beirut Art Week is ongoing throughout the city. This year, BEIRUT ART FAIR is taking place in partnership with Beirut Design Fair (Sept 19/22) at Seaside Arena.

The Classic section of the fair presents