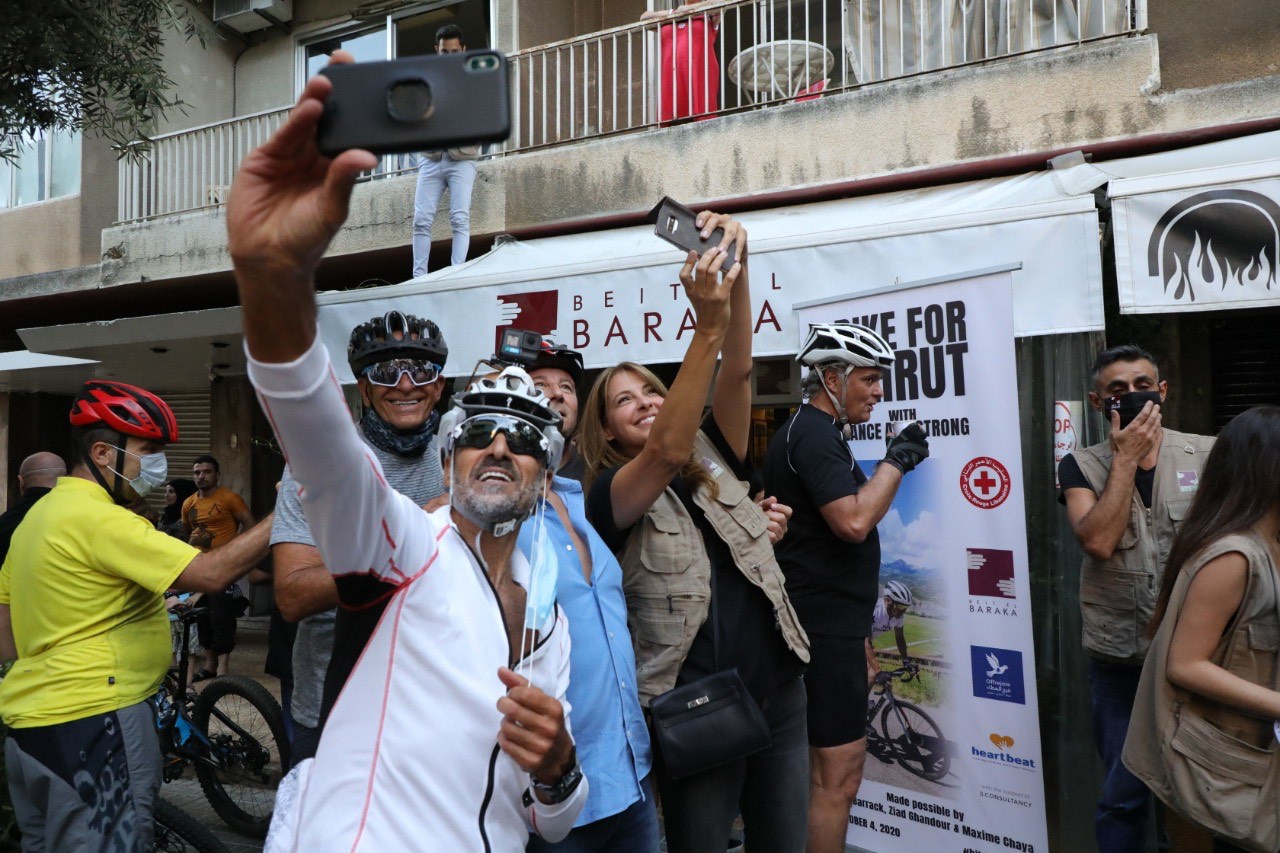 Two months, after the devastating explosion of the Beirut Port on August 4th, Lance Armstrong led “Bike for Beirut”, an event made possible by Tom Barrak, Ziad Ghandour and Maxime Chaya.

The aim is to raise awareness and funds to support four of the numerous Lebanese NGOs that are currently undertaking the vital task of reconstruction and rehabilitation- effectively, resurrecting Beirut from the rubble. To this end, Bike for Beirut is in collaboration with Beit el Baraka, Heart Beat, Offre Joie and The Lebanese Red Cross.

The peloton will started at Silo 12, and cycle through the streets of Beirut, briefly visiting each of the four NGOs before returning to the Beirut Port.

The ride was 17 km within Beirut.

3.30pm: Start of the ride from Beirut port entrance silo 12

end of the ride